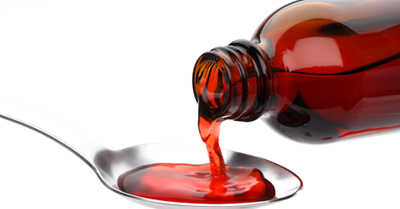 It’s the season of sneezes and coughs, and the risk for colds and the flu is on the rise. At my dental office in Lewisburg, we strive to keep our patients healthy, but even we don’t have a cure for the common cold. While many of us turn to over-the-counter medicines to put our pesky coughs to sleep, cough medicines can actually contribute to tooth decay and cavities.

Cough syrups and lozenges often contain sucrose, high fructose corn syrup, citric acid, and alcohol. While these ingredients help relieve some symptoms and make managing a cold a bit easier, they can also cause damage to your teeth.

Mary Poppins may have been on to something when she sang, “a spoonful of sugar helps the medicine go down.” Many cough medicines include sugar to make the liquid easier to take and not so awful tasting. However, sugar is a main contributor of tooth decay and cavities. Mouth bacteria consume sugars which are then broken down into acid. This acid attacks the enamel and leads to decay.

Alcohol naturally causes your mouth to become dry, and when your mouth is dry, your teeth are at risk for damage. In a normal, healthy mouth, saliva is produced at a rapid rate — about a quart of saliva a day! Saliva is important for the health of teeth because it helps wash away sugar and acid. Without it, sugar and acid are left on the teeth for longer periods of time, increasing the risk of decay and cavities.

Tips to Keep Your Grin Healthy

Many cough suppressants are taken right before bedtime. This itself can contribute to a higher likelihood of decay. Since there saliva production decreases at night, the use of a cough syrup before hitting the hay can make saliva production extremely low. Additionally, taking a dose of your medicine of choice prior to falling asleep will allow the dangerous ingredients to linger on teeth even longer. That, plus the decrease in saliva, is a winning recipe for cavities. Try taking medication with meals, brush your teeth after swallowing syrup, or use a pill form of the medicine instead.

All of us at my Lewisburg dental office hope you’re staying healthy this cold and flu season. If you succumb to the pestering effects of a cold, use caution when taking medicine and follow the tips above to help protect your smile.

We like to think the patients at my dental office in Lewisburg are well taken care of. From cleanings, cosmetic dentistry options, and restorative treatments, we strive to keep each and every patient comfortable, informed, and above all, healthy. However, dentistry wasn’t always so painless and didn’t revolve around a preventive philosophy like it does today. In fact, dentistry in ancient times was not only reactive, treating problems as they arose, it was also full of disturbing beliefs and could be quite painful.

The Legend of the Tooth Worm

The first documented reasoning behind tooth pain is credited to the Sumerians and dates back to 5000 BC. The widely accepted belief of the tooth worm hypothesized that decay resulted from a worm digging into the tooth and ruining it from the inside out. It’s not a completely farfetched idea since holes caused by cavities can resemble those dug by worms. After being diagnosed with a tooth worm, treatment could include a mixture of heated beeswax and henbane seed, or, more commonly, the tooth was extracted.

Known as the masters of primitive cosmetic dentistry, Mayans used precious stones to decorate teeth. While much different from today’s version of cosmetic dentistry, which prioritizes making smiles more even, white, and straight, the Mayans’ dentists were still quite skilled at their craft. Holes were carved and chipped into teeth to provide a place for stones and gems to sit. The stones were then affixed to the crevice using plant sap, other chemicals, and even crushed bone.

The Middle Ages and Dentistry’s Coming of Age

Throughout ancient times and into the Middle Ages, there wasn’t such a thing as an actual dentist. No dental schools existed, and it was not a recognized profession. In fact, most dental treatments were performed by either a barber or general doctor. It wasn’t until hundreds of years later, when French physician Pierre Fauchard, The Father of Modern Dentistry, wrote a book detailing proper care for teeth and the link between sugar and cavities that dentistry evolved as a respected medical practice. Because of his work, the first dental college opened in Baltimore in 1840.

While the dentistry of ancient times seems quirky, painful, and even scary, it’s because of these continued explorations in oral health that we’re able to provide the level of care we do at my Lewisburg dental office. We’re here to get you healthy, help you get the smile of your dreams, and keep your smile strong for years to come.